Visit the locations of popular films like Star Wars and Harry Potter and TV shows like Doctor Who and Merlin. 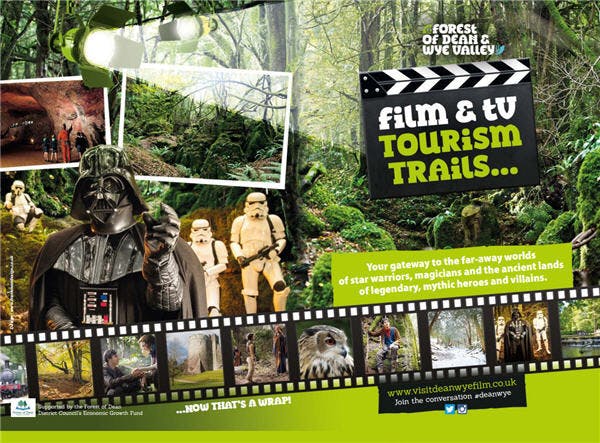 Explore the natural beauty that provided backdrop of many scenes in big blockbuster films and popular TV series. From Star Wars to Doctor Who and Harry Potter to Atlantis. The Forest of Dean and Wye Valley has a varied and popular history with filmmakers and inspirational figures.

Our holiday cottages are ideally situated within easy reach of these locations and visiting them will make a great day trip for you and your fellow guests.

With the latest Star Wars film ‘The Last Jedi’ having recently entered cinemas and a new Fantastic Beasts film arriving in 2018 from Harry Potter author J.K. Rowling, there is renewed interest from fans new and old in visiting some of the locations used in these films.

With its need to find filming locations that offer a suitable backdrop to suggest other time periods and also other planets Doctor Who has filmed regularly in The Wye Valley and Forest of Dean as it is quite close to their TV Studio base in Cardiff.  This versatility, limited only by the imagination and skills of the directors of TV shows has also seen it used in a wide variety of other programmes too.